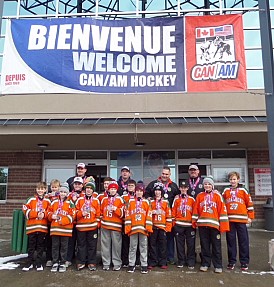 The 06 PeeWee Minor Orange Shamrocks team competed over the December 8-10 Weekend in a U12 CanAm tournament. They played against all Canadian teams and all the members of those teams were 05's and much bigger than the 06 Shamrocks. The Shamrocks went 2-1-1 in the Round Robin and earned a spot in the Gold Medal game against the 05 Ontario Richmond Hill Stars that was an instant classic. The Shamrocks went down 2-0 quickly and were short handed 5 on 3 when the tide turned. They killed off the 5 on 3 and then Nolan Lopes scored a pair of beautiful goals to tie it at 2-2 to end the 1st period. In the 2nd period, The Shamrocks went up 3-2 on a beautiful 2 on 1 with Tyler Muse passing to Brian Banks who flipped the puck over the goalies pad. The Richmond HillStars tied the game early in the 3rd period and then both teams had scoring opportunities but the goaltending was spectacular! Shamrocks goalie, Brayden Holt was spectacular all tournament and led the tournament with the lowest Goals Against Average of 2.00. Regulation ended with the teams tied at 3-3. With :12 left in the 2nd OT, the Richmond Hill Stars were awarded a penalty shot. They scored to win the Gold Medal, 4-3.

The defense in front of Holt was spectacular with Colin Lawson, Michael DeRose, Chase Caron, Nick D'Amico, and Josh Henry all playing tremendous.

The players, coaches, and families represented the organization and the USA extremely well. The North Shore Shamrocks were the talk of the tournament. 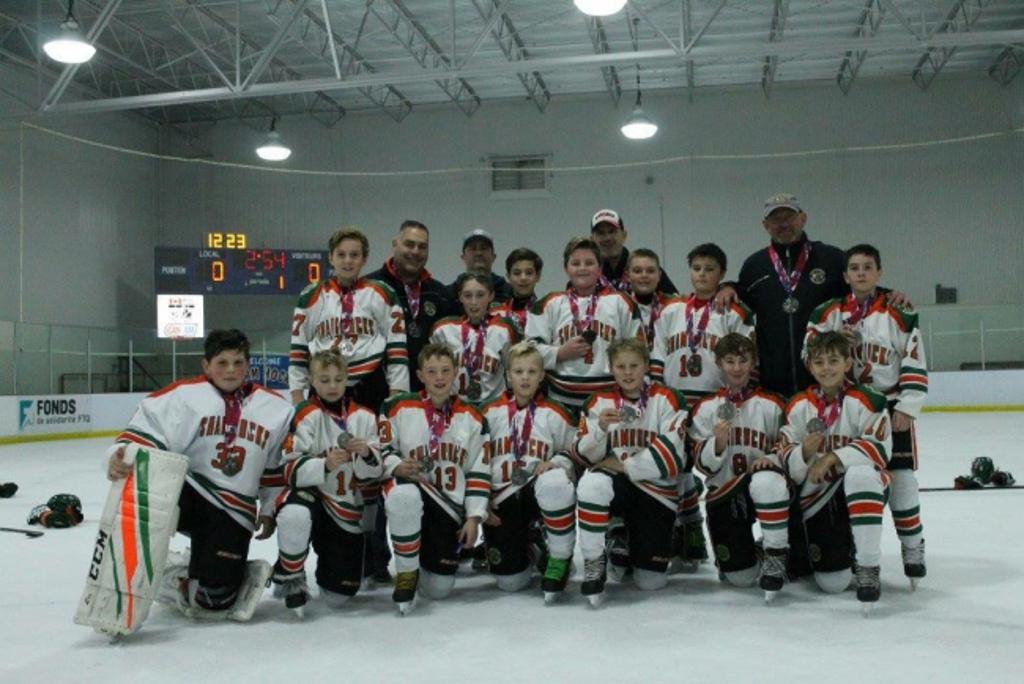